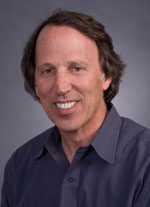 We model relationships between the proteotypes and the phenotypes of cells/organisms, with an emphasis on innate immunity in plants. Proteotypes are measured using custom methodology for high-throughput proteomics based on mass spectrometry. Students have an opportunity to integrate training in bioinformatics with chemistry and biology.

The specific state of the proteome in a given cell, tissue, or organism is known as the proteotype. The proteotype integrates constraints imposed by the genotype, the environment, and by developmental history (e.g., a leaf cell has a different proteotype than a root cell with the same genotype in the same environment). The proteotype directly determines phenotype since all molecules are made by and regulated by proteins. Thus, a complete description of the proteotype should define a phenotype at the molecular level. We are constructing an Atlas of Proteotypes that currently includes 162,777 peptides from 41,553 proteins in 65 different tissues and stages of development. In addition, we have identified and measured more than 30,000 phosphopeptides from these same samples. The 65 resultant proteotypes are revealing thousands of unanticipated regulatory relationships. The relationships between mRNA levels and protein levels are fascinating; they indicate that protein levels from some genes are regulated by transcription but that most protein levels are under post-transcriptional control. Inspection of our data explains tissue specific traits such as oil accumulation in the embryo that results from selective accumulation of proteins from common mRNAs.